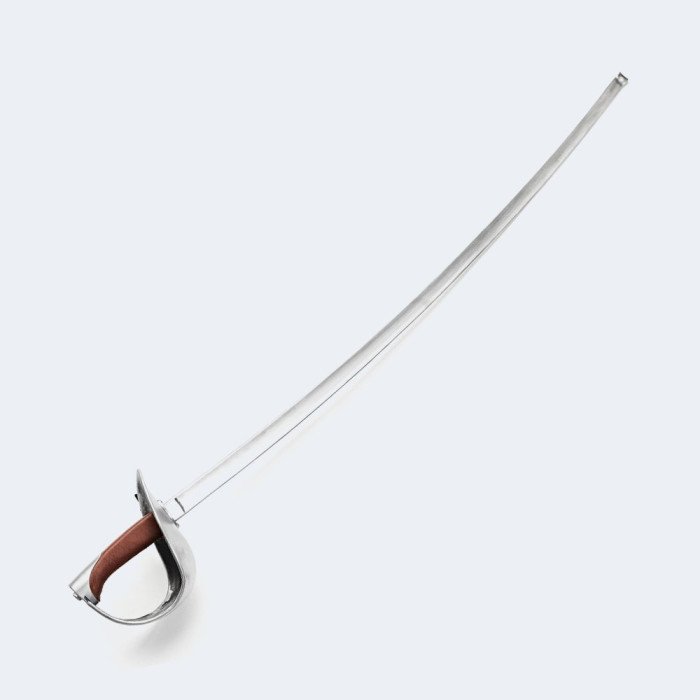 This typical Victorian-era military saber was designed on historical models to best reproduce the size, weight, and balance of period weapons. It is the culmination of a long process of development and testing by Matt Easton and Schola Gladiatoria.

The Easton Sabre is heavily influenced by the British Victorian regulation practice sabre, the 1864 pattern.

This was the standard practice sabre for British military soldiers including cavalry troopers and officers of all branches between 1864 and 1895.

These were also known as 'quill' edges and are referenced in period manuals.

In making the new practice sabre we have also introduced a more elaborate hilt, with a stronger guard, having rolled edges, and a grip which more closely matches the feeling of antique service swords.

The back of the grip is slightly flattened to provide a better seat for the thumb. This is a military practice sabre, which in size, mass, balance and handling characteristics very closely matches antique service swords.

It is the culmination of a long process of development and testing by Matt Easton and Schola Gladiatoria.

The blade curve is the #2 Regular type from Kvetun Armoury

check_circle Review sent
Your comment has been submitted and will be available once approved by a moderator.
error Your review cannot be sent
Cart 0 Cart is empty
Shopping Cart

You can try some popular tags here:
Language:
Account